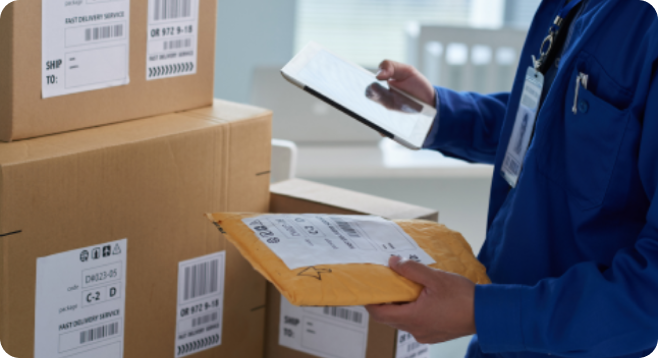 Everyone lean in close, because it’s time to talk about something relevant and important that touches most of our lives—tariffs. Actually, scratch that. It’s time to talk tariffs as they relate to two things that matter an infinite amount to eCommerce entrepreneurs, importers, exporters, and retail masters: the infamous trade war and retail sales.

It’s likely that you’re already aware of the ongoing trade war frictions that are continuously kindling between the United States and China. With the most recent announcement of a tariff increase, the tit-for-tat trade war is only getting hotter.

Obviously, this ongoing trade war has a domino effect on several industries—but in this case, it’s uniquely impacting one industry in particular. Retail sales. How? That’s exactly what we’re here to uncover.

What The NPD Group is Saying—And Why Price Elasticity Matters

Price elastic. You might remember this term from business school, from a mentor, or just from your own common sense—no matter how you know it, now’s the time to refresh on it. Why? Because this recent increase in tariffs—about an additional 15 percent increase, actually—some of your retail sales items (think footwear, apparel, etc.) might be too elastic to drive any sales.

‍That’s right, we’ll repeat it one more time for the people in the back—the latest increase in tariffs due to the increasing tension within the U.S. & Chinese Trade War (details below for those who aren’t quite a sup-to-speed on the situation) has transformed some products and items to be too elastic to drive any sales.

With prices rising due to the increase in tariffs (because of the trade war), it’s only plausible that people—consumers—are going to be focused on purchasing the items they need—the inelastic products that are a must-have. In other words, consumers are going to purchase, more often than not, based on necessity, rather common factors like household income or cost. That leaves the reality of retail sales looking, well, rather grim. Of course, this isn’t information we’re just making up ourselves or our own first-hand speculation—we’re gleaning this from reliable sources.

In a statement released on Sept. 9, 2019, the NPD Group affirms that it’s entirely probable that consumers are going to be focused on the absolute necessity of products when purchasing. In other words, consumers are likely going to be focusing on inelastic goods—or rather, goods whose demand don’t change all that much when the prices shift up or down.

For retailers who specialize in selling items that are incredibly elastic (think watches, think headphones, think luxury apparel), the recent rise in tariffs is expected to truly impact sales, bottom lines, and more.

According to the NPD Group (and that Sept. 9 statement we continue to reference), because current(and likely future) buying decisions are based on necessity, it’s going to spell trouble (with a capital T) for retailers who specialize in items and products that are “nice to have.” In other words, the NPD Group pointed out, the “largest expected sales impacts from price increases will likely occur in categories…such as bicycles, handbags, luggage, watches, games, televisions, and headphones.

”The kicker? They’re already observing sales reductions in some of the categories where tariffs were introduced in 2018.

It’s only natural to assume that eCommerce—with its good and product imports from China—are going to be directly affected. Even Commerce giants like Amazon and Wayfair can expect to be affected by this new wave of tariffs. It’s likely that they’d need to raise prices in the U.S.by at least 2.1 percent in order to off-set those fresh, new tariffs being implemented. Further, the same source suggests that Wayfair would need to increase their average prices by a whopping 4.6 percent in order to offset those impending tariffs.

What’s the Deal with the Trade War & How Exactly Did We Get Here?

If you’re late to the party, don’t worry, here’s a quick (very over-simplified) recap section just for you.

The past two years have been fraught with trade friction between the U.S and China. While its origins can’t exactly be pinned down to one, single cause, we can deduce that it basically started in 2017 when the U.S. launched an investigation into Chinese trade policies.

This caused an increase in tariffs from the U.S., which caused China, naturally, to react with an increase in their tariffs, as well. That first round of tariff increases totaled to about $34 billion, increasing even further to about $200 billion as the trade war fire continued to burn.  Then, of course, came the Aug. 23, 2019 announcement that goods and products coming from China would be taxed at 30 percent.

The rest, as they say, is history—well, not exactly history(yet), because it’s dramatically affecting all of us in the right now.

‍So, how do retail sales experts combat this? How do you—a retail entrepreneur—take this data-driven knowledge and continue to make sales, operate close to your bottom line, and keep your business afloat in these tariff-trying times? That’s’ where we come in. We’ve got a little secret up our sleeve—a secret that’s both clever and compliant. What do we call this secret? Section 321. At Baja Fulfillment, we’ve learned through these up-and-down times that capitalizing on shipment categories is everything. That’s where Section 321 comes in.

To put it really simple, Section 321 allows us to receive and process inventory from China before it goes through U.S. customs, allowing us to help you beat the tariff increase legally and compliantly. Want the lengthier explanation? We’ve got that, too. All you need to do is reach out to us!