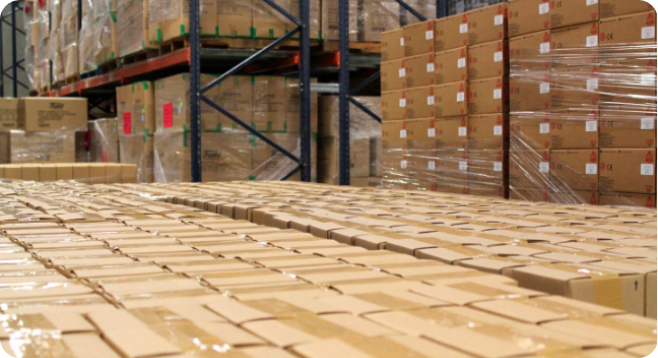 If you’re familiar with the tariffs and corresponding trade war that has been escalating since 2017, the headline above likely made your heart leap with excitement only to crash back down with a cynicism reinforced over the past year-and-a-half, or so. We understand your hesitancy to believe good news on this particular topic—trust us, we have trouble getting our hopes up, too.

On the other hand, if you’re someone who actively avoids current events—no news is good news, or so they say—or you’ve recently found your way back to civilization after a long period of isolation during which you achieved enlightenment, let us catch you up to speed.

The United States and China, two of the world’s most powerful economic nations, have been engaged in a tit-for-tat trade war for quite some time, and it only seems to be growing in friction and intensity. Many facets of the economy have been negatively impacted throughout this affair, and you, the consumer, are no exception.

As with most ordeals that involve politics and the over complicated nature of international relations, there have moments of hope—brief glimpses of possible reprieve from the increasingly negative conditions of the trade war—only to disappear or be usurped by more bad news.

We understand if you’re skeptical, and we’re not asking you to just take our (or our political leaders’) word for it. Instead, we’re here to outline what’s going on in this latest trade war development, why a deal with China might be possible, and what it means for you.

The Details of the Deal (and why they matter)

The trade war and its tariffs have been set to ramp up to an even higher level on October 15, 2019. However, in a pending new deal, the United States and China have apparently found a way to pause those proposed tariffs in favor of seemingly mutual interests.

As part of the agreement, China will make certain agricultural concessions. In turn, the United States will pause the tariffs that were set to go into effect. While still tentative, should this deal come to fruition—and be approved by President Trump—it could have a ripple effect, leading to more tariff increases (scheduled for December 15, 2019) also being suspended.

The October 15th tariffs were to raise the taxes on Tranche 3 imports by 5 percent—from 25 percent to 30 percent. These increases would have impacted manufacturers and retailers significantly, forcing them to charge more for their goods. In other words, consumers would have seen price hikes at the worst possible time of the year—right as the busy holiday shopping season approaches. The proposed deal is coming at the perfect time to offer a slight relief when many people need it most.

The potential benefits of the deal do not stop there, either. As previously mentioned, the potential pause issued on the October 15th tariffs could snowball into the scheduled December 15th increases also being delayed. This continued backward push on tariff implementation could help delay (or totally eliminate) further price increases that ultimately hurt the average consumer.

To be even more optimistic, should this deal go through, it could signal a shift in the attitudes of the two countries and their dynamic going forward. The foundation created by an agreement of this magnitude could very well set the stage for further reconciliation, not only in relation to the trade war but also in the numerous issues the countries have struggled with throughout the years. Such strides could pave the way toward more amicable interactions in the future, which would set a valuable example for other world economic leaders.

We mentioned early and maintain that any suspicion you’re feeling in regard to this hopeful news is justified, and you certainly wouldn’t be alone in harboring those doubts. In fact, many experts on the situation have voiced their own hesitancy when it comes to accepting the likelihood of the proposed deal.

The lack of a long-term solution and the concern that obvious shortcoming inspires are forefront among these suspicions. Many view the deal as a short-term salve—a nice reprieve from the escalating trade war and price hikes that accompany it—but nothing more. A more comprehensive, long-term plan would go a long way toward inspiring confidence in manufacturers and retailers—confidence that would benefit consumers by manifesting itself in more consistent pricing.

It’s also important to note, critics of the deal point out, that this proposal simply delays a tariff increase and does nothing about the taxes already in place—taxes that reach up to 25 percent on goods that are integral to the average consumer’s life. Without changing or removing these already existent tariffs, it could be argued that no progress is being made; a bad situation is simply not getting worse—for now.

What can be Done

If you are a retail entrepreneur, your options are relatively slim. After all, what can you do other than waiting for the governments of the United States and China to work things out (fingers crossed) and actively working for positive change in the capacity available to you? Thankfully, there is something you can do that will yield tangible results now, without waiting.

The answer that we at Baja Fulfillment have discovered lies in the shipment categories and their various nuances. This is where Section 321 comes in and puts its tremendous value on full display. Essentially, it allows for the reception and processing of inventory from China before moved through U.S. customs. Why does that matter? Because it permits you to beat the tariffs legally by being completely compliant with the laws that are in place.

Whether you’re looking to deepen your knowledge on the trade war or simply want more information on the Section 321 secret we hinted at, we’re here to answer questions, share information, and help you in any way possible. You can check out our blog if you want to do a bit of research on your own, or you can reach out to us to talk about things in more of a two-way street way. Simply click here to chat!