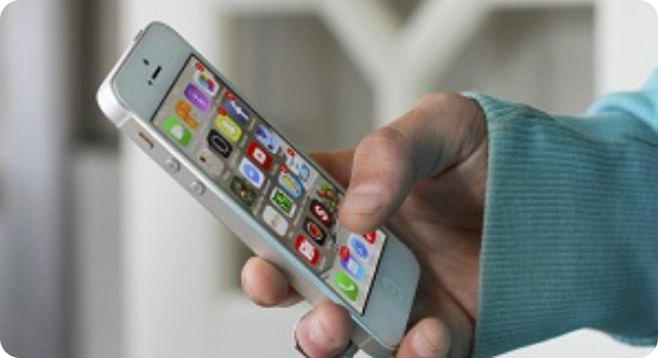 Trade War Talk: The Latest on Tariffs, Trump, and the Trade War

The tumultuous trade war continues to burn, its embers growing ever stronger as world leaders continue to dabble in tit-for-tat strategies and the rest of us watch, anxiously awaiting the outcomes.

While the trade war’s back-and-forth is far too detailed and far too lengthy to dive into in the opening paragraph of a blog post, we will say this—the last two years of the trade war have been messy.

So messy, in fact, that most of the world—including investors— have been staring at a single date on the calendar in anxious anticipation—December 15.

That date—more of a will-we-or-won’t-we-deadline—has left the world wondering. Will the president truly impose the new, 15 percent tariffs on about $160 billion worth of Chinese exports to the U.S? But that’s not all. The trade war, as usual, is fraught with drama—drama that affects all of us in huge, impactful ways.

If you haven’t been keeping up (no judgment here, we get it, the news is endlessly depressing), you might want to scooch on down to the end of this article to scan through a summary of how the trade war started, what’s been happening, and how we got where we are. Feel free to check out a few of our other articles for even more backstory on the trade war (and all the wildness associated with it).

What You Need to Know: Why Dec. 15 is the Barometer We’re All Watching & What’s the Deal with Steel & Aluminum

Here are the most recent trade war updates you need to know about. Of course, the entire world continues to watch the clock, awaiting the next potential deadline that could bring the U.S. and China to the table—Dec. 15. Now considered a barometer of sorts, the Dec. 15 deadline is scheduled to affect about $160 billion in Chinese goods. That deadline was enough to trigger one of the biggest Wall Street selloffs in weeks. U.S. stocks dropped over the vast concern of global trade risks and factory data, and effectively, the dollar and bonds declined.

But that’s not all.

With about two weeks left to go awaiting that specific deadline, the Trump administration threw out another—almost shocking—twist in the trade war tactic narrative.

Recently (on Monday, December 2, 2019) President Trump announced plans to resurrect tariffs on all steel and aluminum imports from Brazil and Argentina. Further, this announcement included proposed levies on France as punishment over a tax that’s hit large American tech companies.

All of these announcements, understandably, is reported to have stunned political and industry leaders in those countries. Why does this matter? Because it systematically levels-up the White House’s adversarial trade tactics.

Trump reportedly stated that the devaluation of both countries’ currencies are hurting America farmers—an announcement that seemed surprising, given that the White House seemed to be scaling back its aggressive trade approach in the lead up to the election.

While the tariffs took aim at both countries, Brazil is in a particularly vulnerable state with its unemployment above 10 percent and a stalled economy. Further, Brazilian steel exports to the U.S. accounted for about $2.6 billion last year, a statistic that says the U.S. was one of Brazil’s biggest markets for their steel. It’s undeniable that they’ll feel this supposed round of tariffs immensely.

For now, we sit, we wait, we wonder what comes next in the trade war.

A Little Backstory—Summary of the Trade War

Whether you skipped to this part from the top of the article to catch up on the backstory or you’ve just finished up the main point of the post, we suggest reading this and absorbing it.

The past two years of the U.S and China’s trade relations have been absolutely fraught with friction. While it can’t be pinned down to just one occurrence, we can essentially tell you that it all started back in 2017 when the U.S. launched an investigation into Chinese trade policies.

Where Baja Fulfillment Comes In

You might be sitting there thinking something like, “Gee, thanks for all this information on the trade war and letting me know what’s happening—but where exactly do you guys fit into this whole deal?”

‍Honestly, we’re glad you asked. The trade war is an enormous beast with touchpoints in every industry you could possibly think of. At Baja Fulfillment, we specialize in helping our customers by providing them with creative and flexible logistics fulfillment solutions—that means we know, first-hand, how the trade war can affect how you operate. We’re heavily invested in doing our part to help you throughout this process, which is where Section 321 comes in.

To put it really, really simply, Section 321 allows us to receive and process inventory from China before it goes through U.S. customs, allowing us to help customers (like you!) to beat the tariff increases from the trade war (legally and compliantly, of course). Looking for the lengthier explanation of Section 321? Good—we’ve got it. Just reach out to us for more info!

So, that’s where we fit into the trade war deal. Section 321 is hugely important to us during this tumultuous time because we know how much it can benefit people like you—because, at the end of the day, everyone is affected by the trade war, no matter how big or small their company might be.

Looking for more information on the trade war? We don’t blame you—it’s a complex beast. That’s exactly why we’re here. Click here to talk to a Baja Fulfillment rep for a one-on-one conversation to get a debriefing of the entire situation—we’re down to chat with you to explain what’s happening, why it’s happening, and how we can help you maintain your bottom line throughout all this chaos.

Even further, if you’re looking for more information on the trade war, import and export tariff news, and are keen to stay up-to-date on the trade war timeline, be sure to subscribe to our blog for timely (and regular) updates.